Analyses and text: Lukas Smas with contributions by Christian Fredricsson and Haukur Claessen 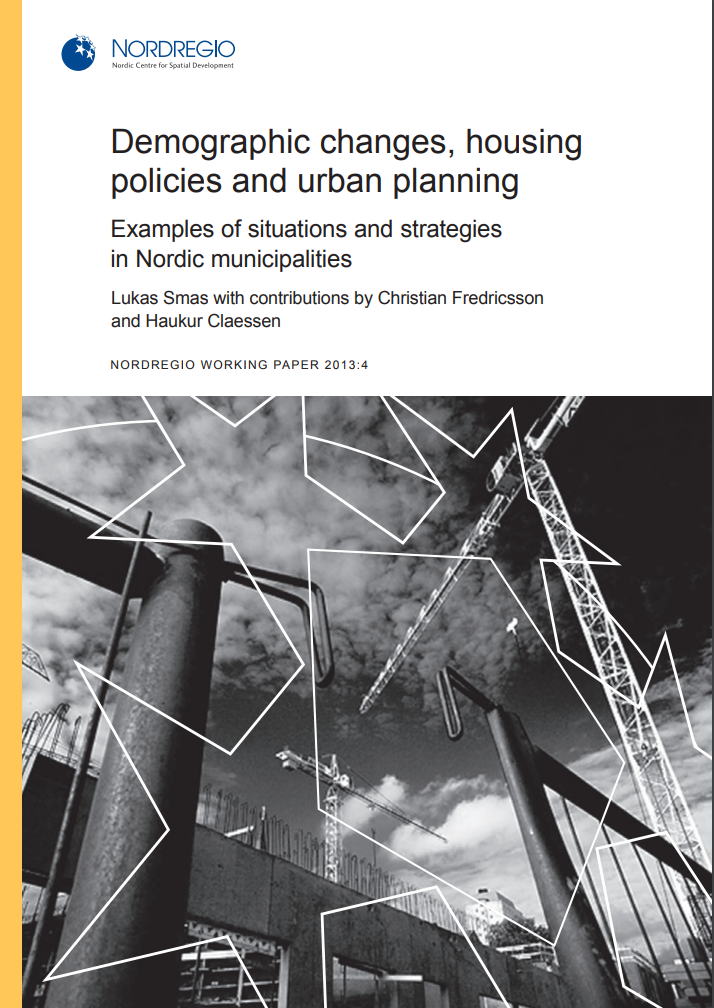 Demographic changes, such as urbanisation, ageing populations, and international migration, have significant effects on local development. This study examines the relationship between demographic changes and housing, focusing on different local demographic situations and related housing and planning strategies in the Nordic states.

Nordic metropoles (Stavanger and Aalborg), regional centres with universities (Växjö and Sønderborg), medium-sized towns (Ålesund and Örnsköldsvik), and rural areas (Pargas) have different local demographic challenges and potentials. In all types of studied municipalities, an ageing population is typically seen as the most important challenge for the future, especially if younger people are moving out and fertility rates are low—but there are exceptions. How this challenge is met differs somewhat across the different municipalities examined here, but there seems to be a preference for attracting younger people rather than accommodating elderly populations, and a focus on development strategies rather than adaptive tactics. Depending on size and resources, most of the municipalities have ambitious statistical prognoses and strategic policies to integrate demographic changes and housing, but it is not entirely clear if such prognoses depend upon future housing developments or vice versa. How housing strategies are implemented differs between the municipalities, with some being very active through land politics and other forms of interventions, while others perceive their role as limited. However, it is evident that urban densification is a general spatial development strategy in Nordic municipalities, but balanced geographical development is often emphasized as well.