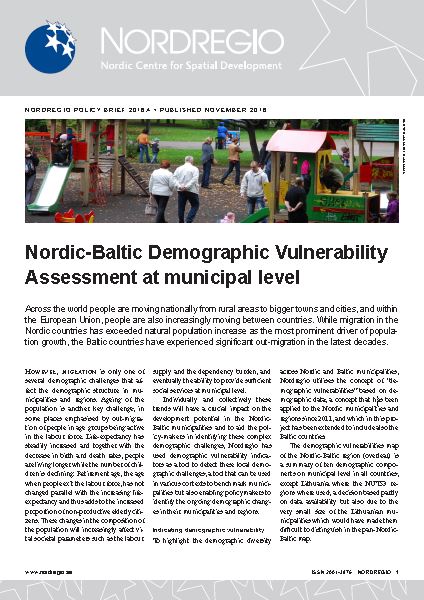 However, migration is only one of several demographic challenges that affect the demographic structure in municipalities and regions. Ageing of the population is another key challenge; in some places emphasised by out-migration of people in age groups being active in the labour force. Life-expectancy has steadily increased and together with the decrease in birth and death rates, people are living longer while the number of children is declining. Retirement age, the age when people exit the labour force, has not changed parallel with the increasing life expectancy and thus adds to the increased proportion of non-productive elderly citizens. These changes in the composition of the population will increasingly affect vital societal parameters such as the labour supply and the dependency burden, and eventually the ability to provide sufficient social services at municipal level.