Home > Maps > Role of international migration in population change in 2016

International migration refers to persons who have moved to or from abroad. This map does not differentiate between different forms of migration. It can be migration due to work and studies, refugees who were granted asylum or citizens that have returned from abroad.

Asylum seekers are not included in the migration statistics as only those who have been granted asylum are registered as part of the population.

Role of international migration in population change in 2016

In the Nordic Region, a trend towards ageing and population decline has been observed in many rural municipalities. As this map shows, this trend would have been even more pronounced without international migration. 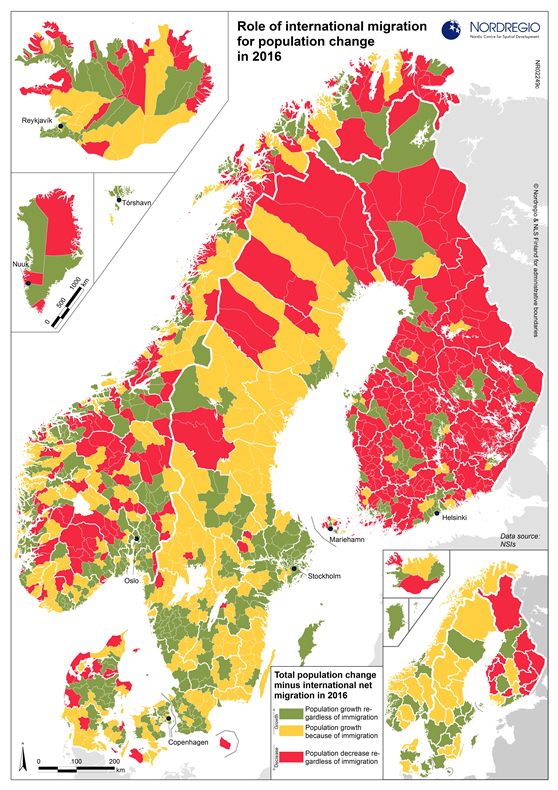