Housing ownership in different forms is strong in the Nordic countries overall. The map illustrates the entrenched position of housing ownership; it also illustrates the relatively stronger position of rental tenure in Sweden and Denmark in comparison to the other Nordic countries. Rental housing is predominant mainly in municipalities in or near the bigger cities in Sweden, Denmark and Finland, for example in municipalities around Copenhagen such as Brøndby and Albertslund, in Södertälje and Sundbyberg in the Stockholm region and in Helsinki municipality. However, rental tenure is also strong in municipalities like Århus (Denmark), Fredericia (Denmark), Landskrona (Sweden), Turku (Finland) and Lycksele (Sweden). 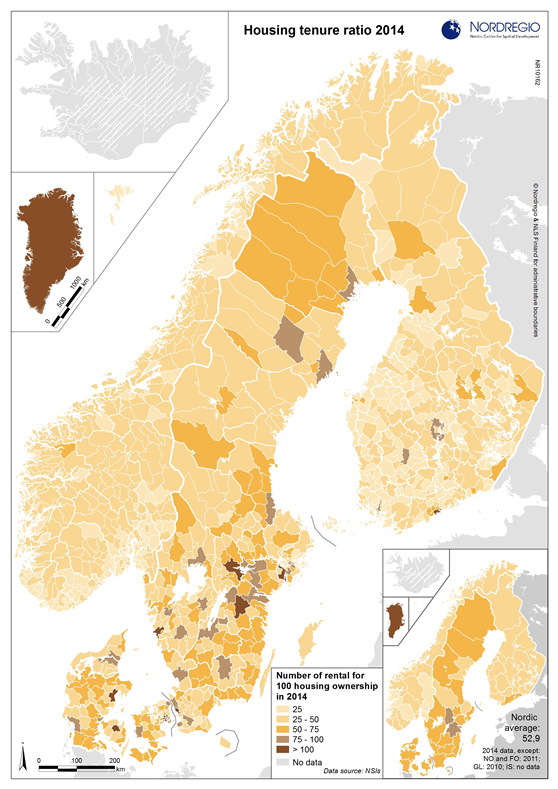