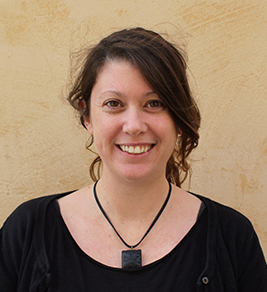 Linda is a social researcher with a particular interest in the intersection between research, policy and practice. She is specialised in urban and regional planning, social policy, sociology and youth studies.

Linda works as a Research Fellow at Nordregio but is currently on maternity leave.

Growing up in the outer suburbs of Melbourne, Australia, gave me a unique perspective on the way one city can encapsulate diverse urban realities for the people who live within it. My home town is on the traditional lands of the Boon Wurrung People of the Kulin Nation about 50 kilometres from what is today the Melbourne CBD. Though I didn’t know it at the time, I was living the what-not-to-do section of the urban planning text book. The part on urban sprawl. But I was oblivious. For me, having the beach and the bush on my doorstep more than made up for the limited connectivity and the long train trip home from the footy (that’s Australian rules football, btw) was just a chance to hang out with friends for a little longer.

Working as a youth worker, years later, in the same municipality gave me a fresh perspective. It showed me that, even within a relatively small geographical area, the realm of experience was vast. I learned first-hand how simple decisions, such as where to locate different types of housing, can have far reaching, long-term consequences. My interest in these kinds of issues was further peaked after working in another, younger, fringe community in a different part of the city which faced completely different challenges. Here, it was rapid growth in urban areas and high levels of poverty in declining farming communities that occupied the spotlight.

I soon learned that the answers to the larger questions that were forming in my mind were best explored from a helicopter-perspective and moved on to a position at a state-wide youth policy organisation. By this stage I had also made a physical move. The city was no longer a distant vision across the bay but instead an ever-present monster (sometimes friendly, sometimes not!) to be navigated daily.

Again, I became fascinated with the way that various decisions had shaped the city over time. The way that a simple, low-cost, strategy to revitalise the laneways brought the CBD to life by tapping in to the very heart of what it is to be a Melbournian. Or how the multi-billion-dollar Docklands development failed by completely ignoring the same point. At the same time, so went on my quest to understand spatial inequity both within the city and beyond it. I advocated strongly for the inclusion of my old friends on the urban fringe in policy discussions as well as developing a new interest in the unique perspectives of young people in rural and regional areas.

Finally, I understood the spatial thread in my own professional journey and began a Masters in Urban Planning at the University of Melbourne. Thanks to an exchange semester at KTH I find myself here in Stockholm where I am gathering a whole new frame of spatial reference in the Nordic and European contexts and working on the next chapter of the story.