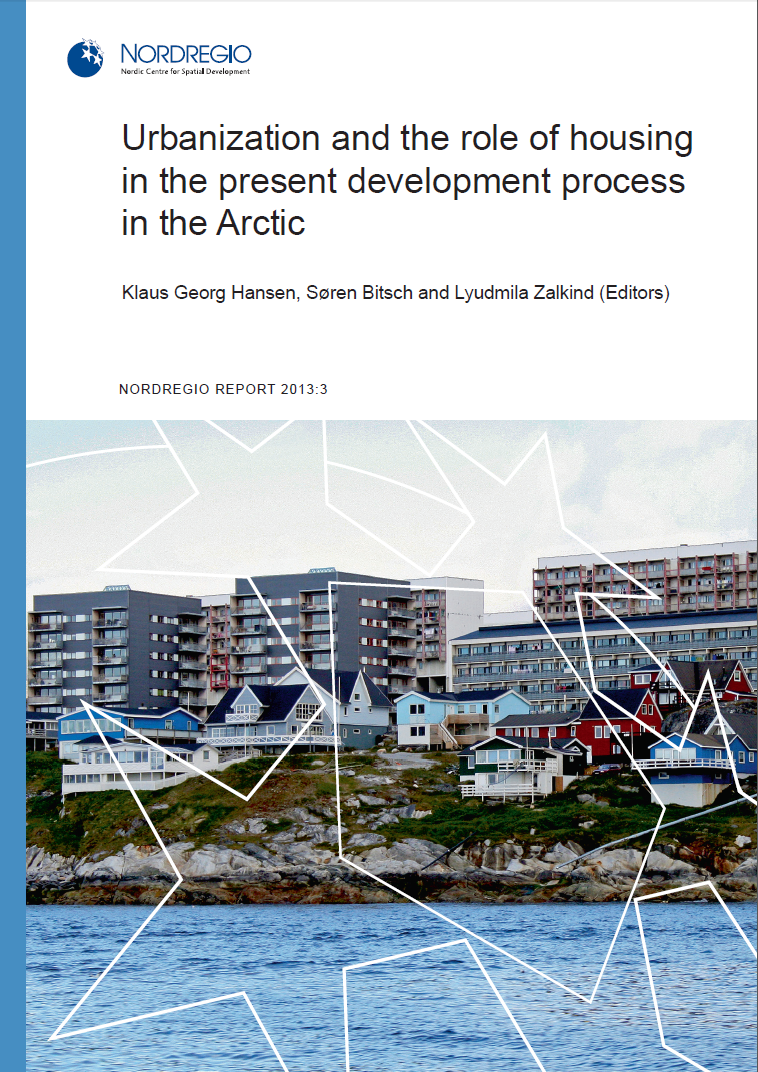 This report has in its offset a focus on understanding changes in housing structures and how these structures are reflecting many of the changes which have characterized the Arctic during several decades.

The report provides an overview of internal as well as external processes of change: Internally by analysing issues such as market characteristics, community development and the role of the public and the private sector, and externally with globalization processes impacting life due to changes in a broad spectrum of economic, political and social structures.

The photo on the front page is from Nuuk, the capital of Greenland. A photo like this illustrates many layers of the history of housing in the Arctic. It tells about the small individual houses dating back to pre-WWII. Another layer is the large concrete apartment blocks from 1950s and 1960s illustrating the first waves of modernisation and urbanisation that swept over the Arctic ensuring two functions: The new accommodation was centrally heated and healthier than the individually headed sod houses. At the same time the new apartment blocks were intended to generate a “sense” of the upcoming modern lifestyle.

The following decades – 1970s and 1980s – continued with mass produced dwellings to serve the inflow of new urban dwellers but they were larger and based on a diverse selection of building materials intended to fit more organic into the environment. Then 1990s and 2000s contributed on one hand with a new modern “black cubes” look for the growing middle class and on the other hand with terraced housing for the those with a modest income and with larger single houses for the wealthy part of the population.

The front page photo shows the diachronic history of housing as well as the synchronic and current diversity among the citizens now becoming widespread in larger Arctic settlements. The photo shows how in the case of Nuuk the previous segregation between different population segments now in some parts of the town has changed into a more integrated reflecting the footprint of a welfare society. In other parts of Nuuk and in other Arctic settlements another reality could easily be revealed.

As reflected in this report a discussion of what can be considered to be a safe and sustainable development of human settlements in the Arctic has been a key point in the project. The project has aimed at identifying common concerns and differences in what could be key directions of the sustainable social and economic development of an Arctic urban lifestyle.