The municipality that received the most unaccompanied minors during 2015 was Stockholm (around 2200) followed by Gothenburg (1700), and Malmö and Uppsala (both around 500). In Finland, the municipalities that received most unaccompanied minors were Espoo (more than 200) and Oulu (more than 150); in Denmark in was Jammerbugt, Tønder and Thisted (all around 150); and in Norway Farsund (above 100), Fauske and Bodø (under 100). 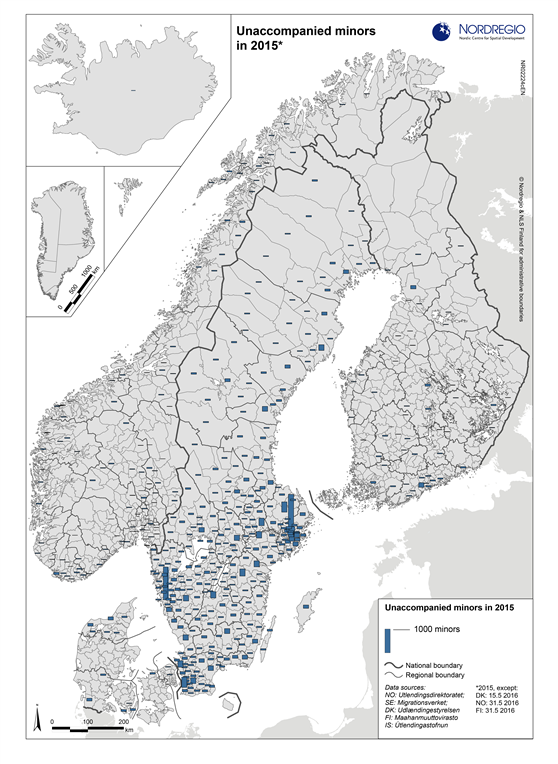