During the Second World War, the Skolt Sámi land was the stage of violent acts of war. After the war, borders were again redrawn. The Soviet Union took the Petsamo area from Finland. The Skolt Sámi of Petsamo were given new settlement areas in north eastern Finland. In Norway and the Soviet Union, the Skolt Sámi remained an invisible minority. In all three countries, there was very little space for the Sámi. It took decades before the human rights of the Sámi received any attention.

Back to the main project page. 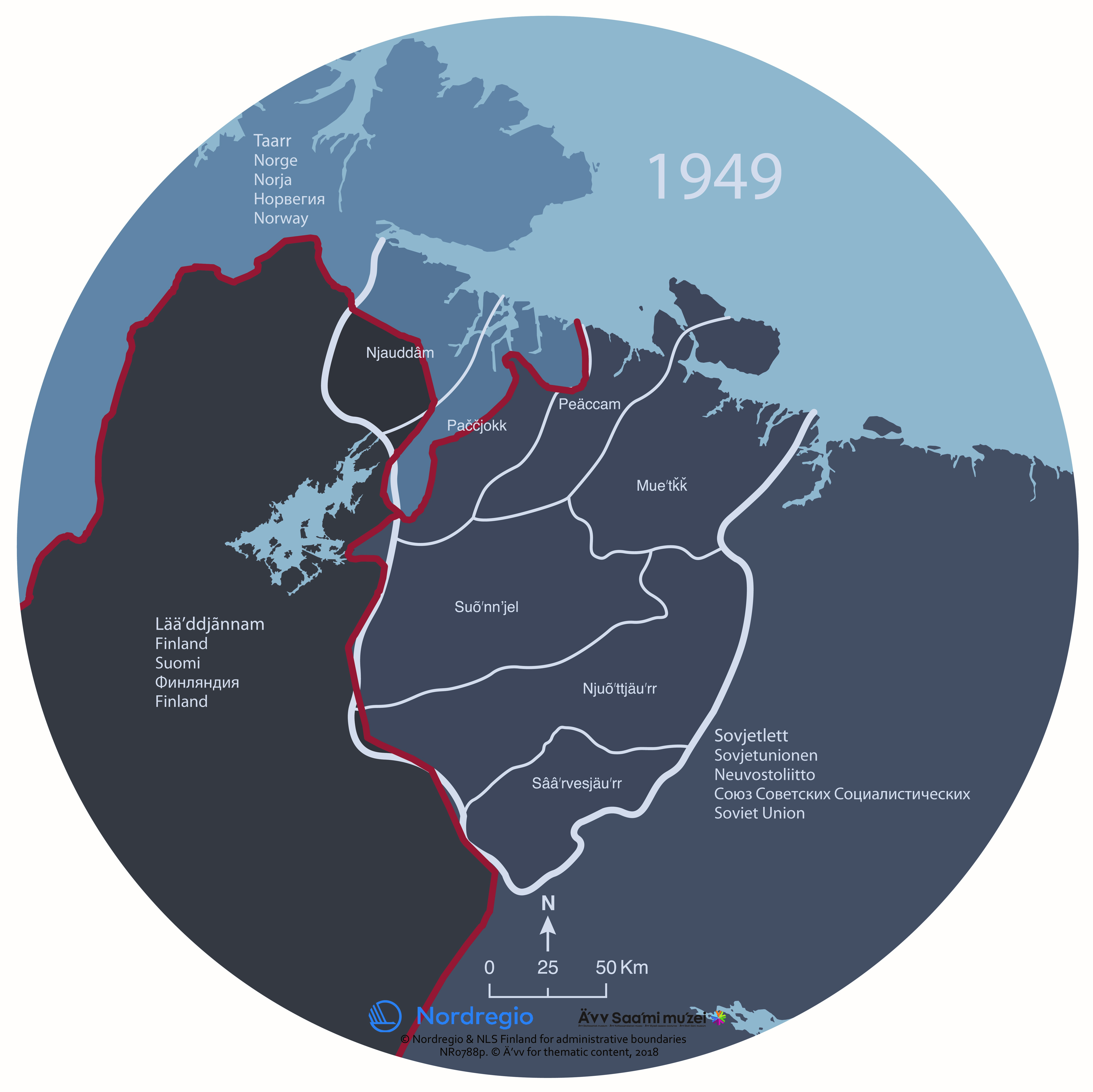