This map shows the Next Generation Access (NGA) network coverage in European regions in 2016.

Regions with relatively small territories and important population densities stand out in terms of high NGA network coverage, e.g. urban regions in the Netherlands and Switzerland. Capital city regions also have high NGA network coverage scores, while the more rural regions continue to lag, e.g. in parts of France and Poland. The Nordic countries are characterised by having almost no differences within their territories, i.e. no large variation in terms of NGA network coverage, unlike the clear regional differences in countries such as France or Italy. All regions in the Nordic countries score in the range of 65% to 95% of households having NGA network coverage, except for Etelä-Pohjanmaa in Finland which has a coverage range of 35% to 65% and the Danish statistical region of Østjylland and the capital regions of Denmark and Iceland with scores between 95% and 100% respectively.

The relatively high figures for the Nordic Region can in part be explained by the existence of national and regional digitalisation strategies over the last decade or so. In Denmark, as well as in the other Nordic countries, digitalisation has long been on the national agenda. One of the main goals of these strategies has been to increase the growth and productivity of the business community – and to make it easier and cheaper to establish digital infrastructure. The regional level has an important role to play in the development of digital infrastructure, hence the relevance of the elaboration of the regional broadband strategy. Cooperation between local and regional authorities is also important in terms of enhancing better broadband coverage in all parts of a region, i.e. both the most and the least densely populated areas. Such regional examples can be found throughout the Nordic Region. 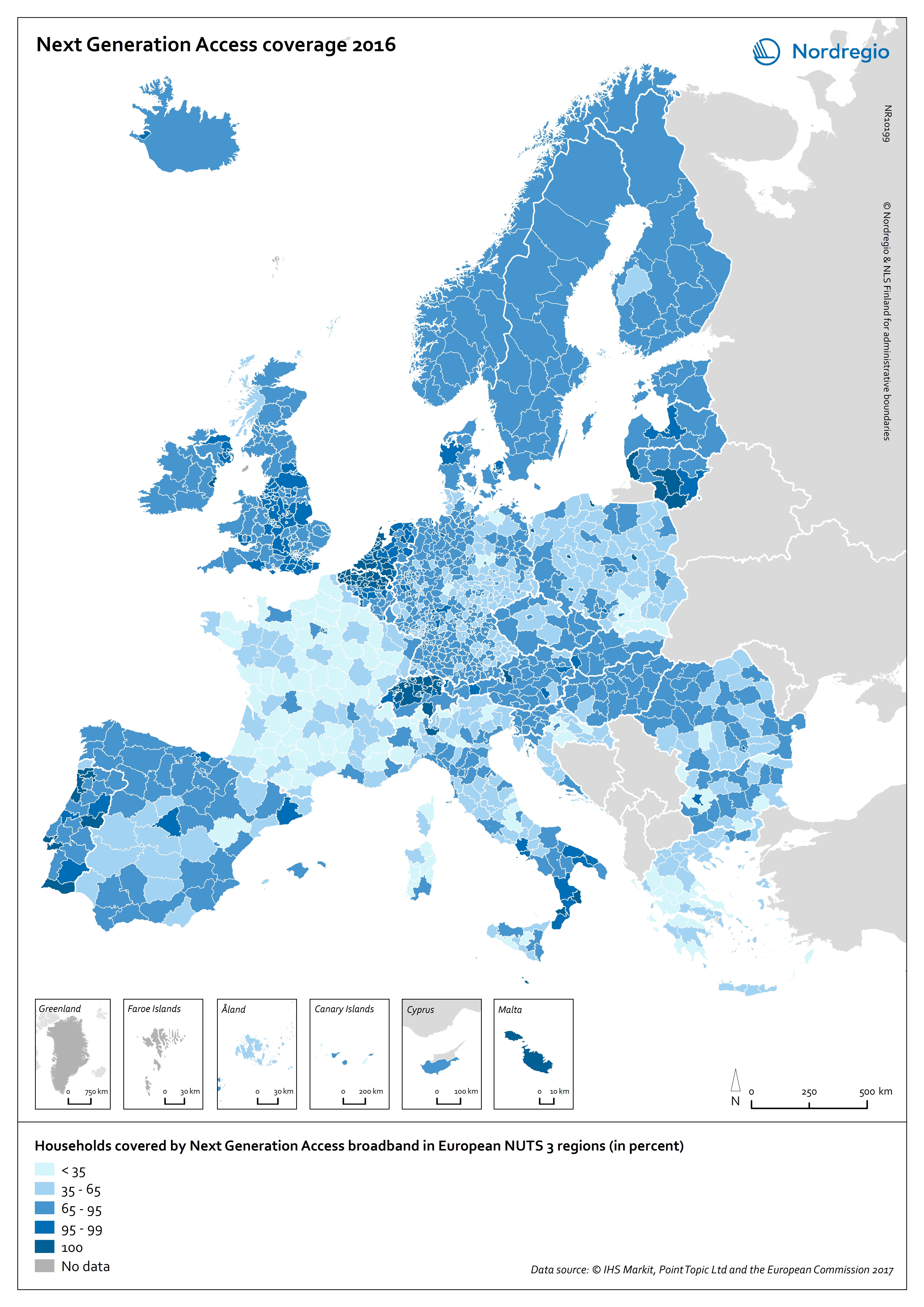