The northern hemisphere is dominated by two major security and military alliances: NATO (North Atlantic Treaty Organization) and CSTO (Collective Security Treaty Organization). This map shows the member states of those two organizations. NATO was founded in 1949, while CSTO was formed in 1992, upon the dissolution of the Soviet Union. Among the Nordic countries, Iceland, Norway and Denmark (and thereby also Greenland and the Faroe Islands) are NATO members. 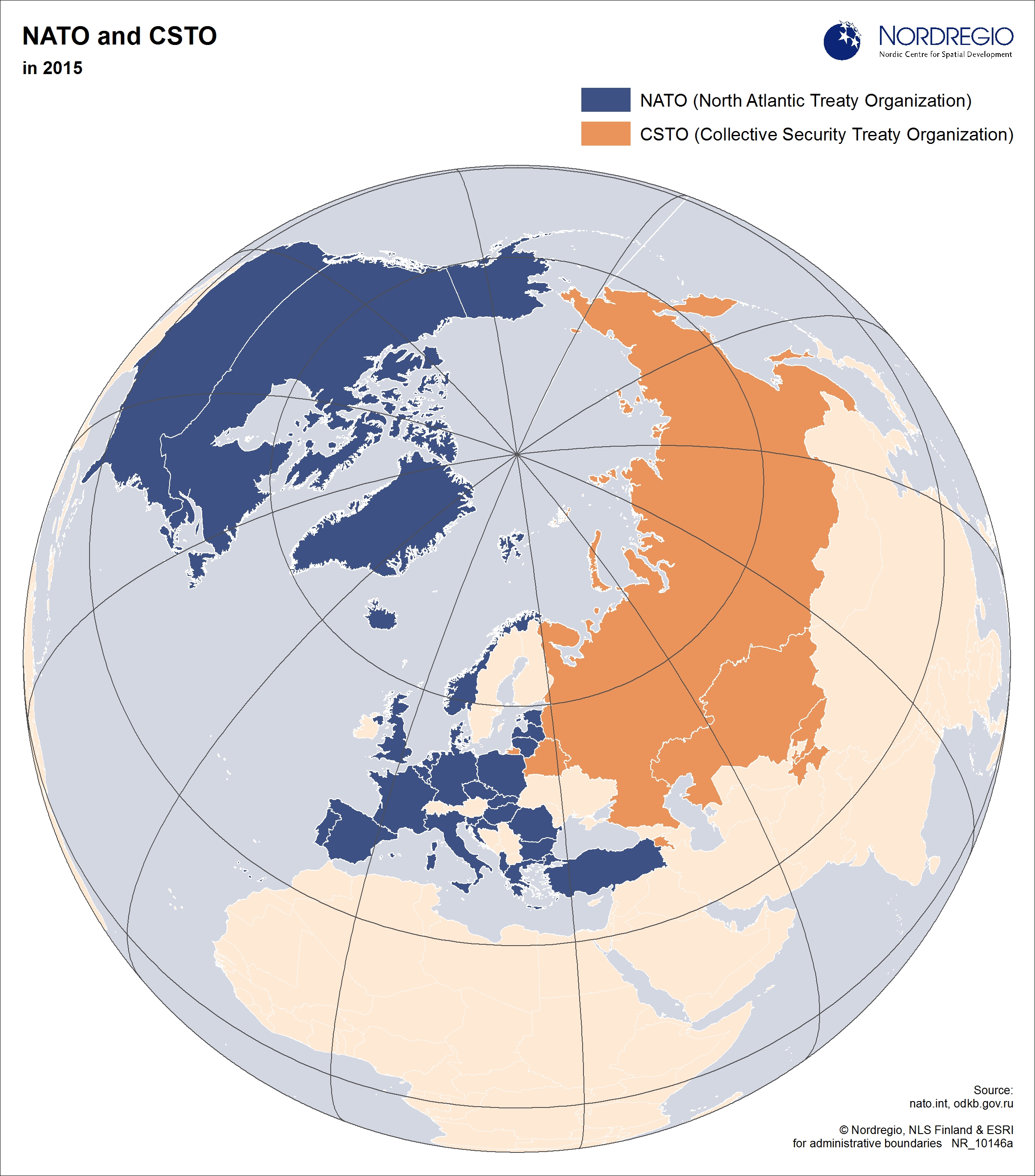