This map shows household disposable income as a municipal average in 2017 for the Nordic Region.

The darker the red, the higher the average household disposable income in a municipality in 2017.

Household disposable income is defined as the sum of the income of a household (i.e. income from employment, net property income, social transfers and social benefits) minus direct taxes and social contributions, with dividends and net interest taken into consideration.

The map reveals that the highest disposable income in the Nordic Region in 2017 was found in the capital city regions of Denmark and Sweden. The largest differences are between countries and between metropolitan and rural regions. The biggest difference is between Akershus, an urban region in Norway, and Norðurland vestra, a rural region in Iceland that had the lowest HDI in the Nordic Region. 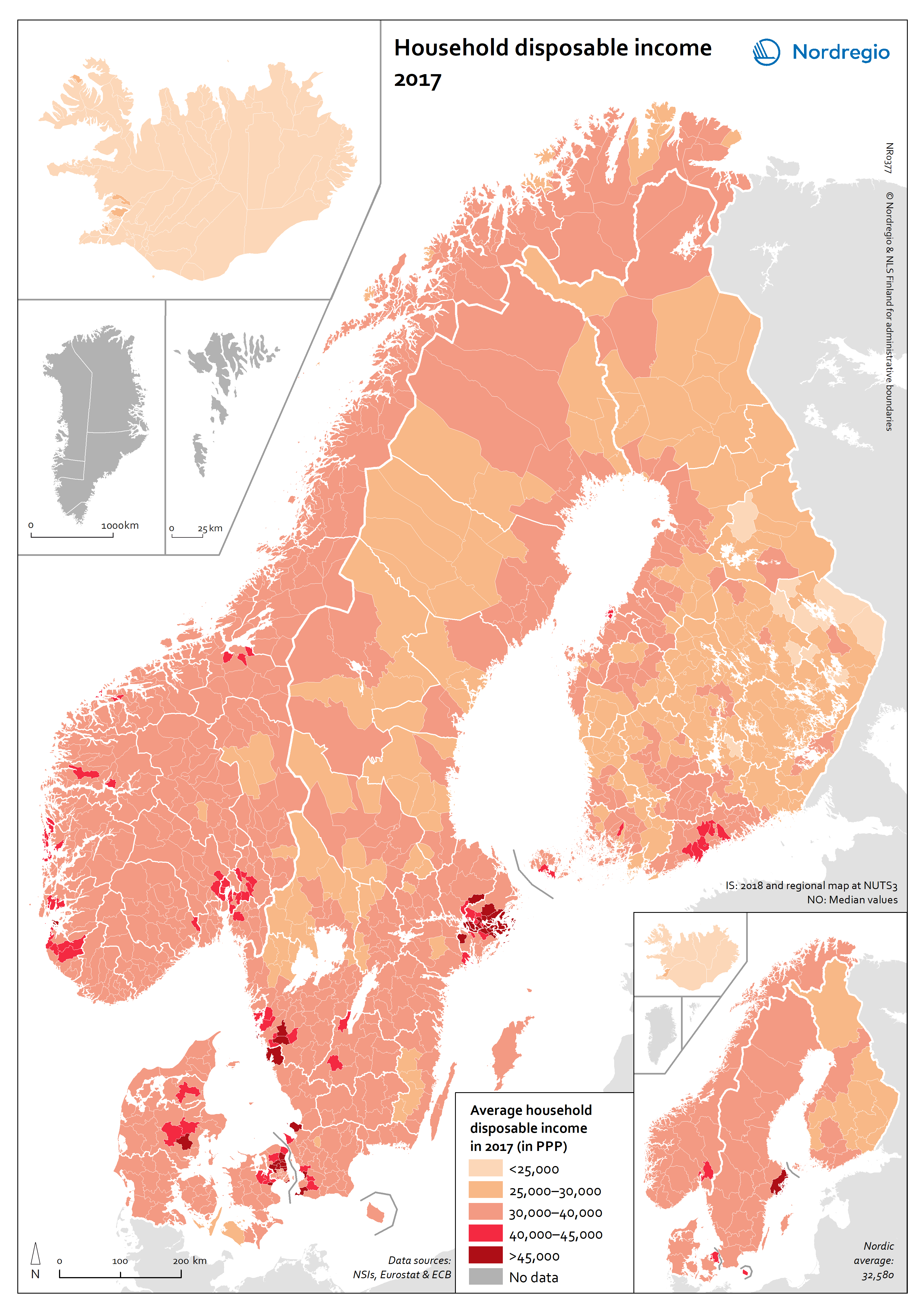