This map shows the number of cities with more than 50,000 residents that can be reached by car within 60 minutes. It indicates the average value over each gird (1*1 km) with darker colours representing higher levels of accessibility. Residents of local municipalities and of rural areas depend on functions and services offered in large cities. The more of these large cities that are within reach, the higher the freedom of choice is for the people. For large areas of the Nordic countries, and of the Baltic States, no city at all is within reach (‘wilderness’). There is also a significant share of territory in the BSR that is only connected to one large city. In both cases, there is no freedom of choice for residents about which city to visit. In contrast, people living in the south of Sweden and Finland, in Denmark, Poland and Germany are offered a variety of option to visit dozens of cities in their daily lives (‘consumer paradise’). 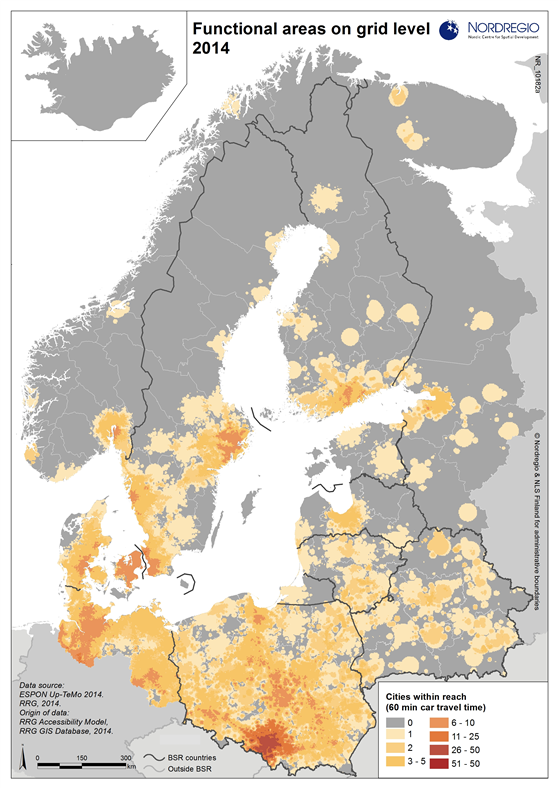