The Nordic Region has a large potential for forest multi-use. Sweden and Finland have the largest forest felling in 1,000 m3, with the greatest use in logs and timber. Wood bi-products is extensively used for energy purposes and the forests display a large potential for increasing the production of renewable energy as well as other bio-based products. 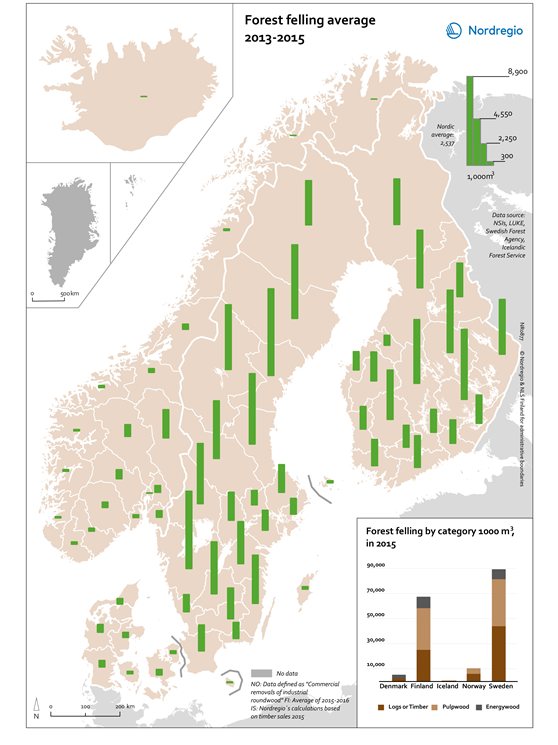