This map depicts the community impact (CI) of second home users in 2017[1].

Dark orange tones indicate high impact of seasonal inhabitants and light orange indicates lower impact of the seasonal variation. In populous municipalities with few recreational homes the two population measures (AI & regular population) will be almost identical, yielding a ratio approaching 1. The ratio between the regular population and the calculated annual population is large in municipalities with relatively few inhabitants and a high number of second homes. Nordic average for community impact by second home users was 1.2.

Southern Savonia in Finland was the region with highest regional community impact. From other Nordic countries, the regions of Suðurland in Iceland, Oppland in Norway and Jämtland Härjedalen in Sweden also stood out with higher ratios. On a municipal level the highest community impact can be found from Skorradalshreppur (28.9) in Iceland. Moreover, Grímsnes- og Grafningshreppur (19.2) (IS) and Kustavi (11.3) (FI) were the municipalities where the community impact also exceeded the ratio of 10.

A large amount of second homes implies that there is a significant flow of people who are not permanently registered in these areas. This flow of people has both highly positive and negative impacts on the municipalities. This map has been developed in the Nordregio project “Urban-rural flows of seasonal tourists – local planning challenges and strategies”. The analyses in the study suggest that the community impact (CI) can be used to further include the annual population in spatial planning. For instance, the map can be utilized as basis for dialogue between public administration on municipal, regional and national levels.

[1] The estimated community impact might be slightly exaggerated within municipalities where people are registered in their second home. Danish statistical institute separates their national data by the second homes with registered population and the cottages without registered population. For other Nordic countries the national data doesn’t specify this difference. Moreover, some people have both their permanent and their second home in the same municipality. For these reasons, there is a risk of multiplying the impact of these inhabitants. This risk has been accounted for by not increasing the estimated number of people using second homes. Instead the calculations used are still based on 3 persons per second home per year. This despite strong indications of increased use of second homes since the indicator was developed in early 2000s. 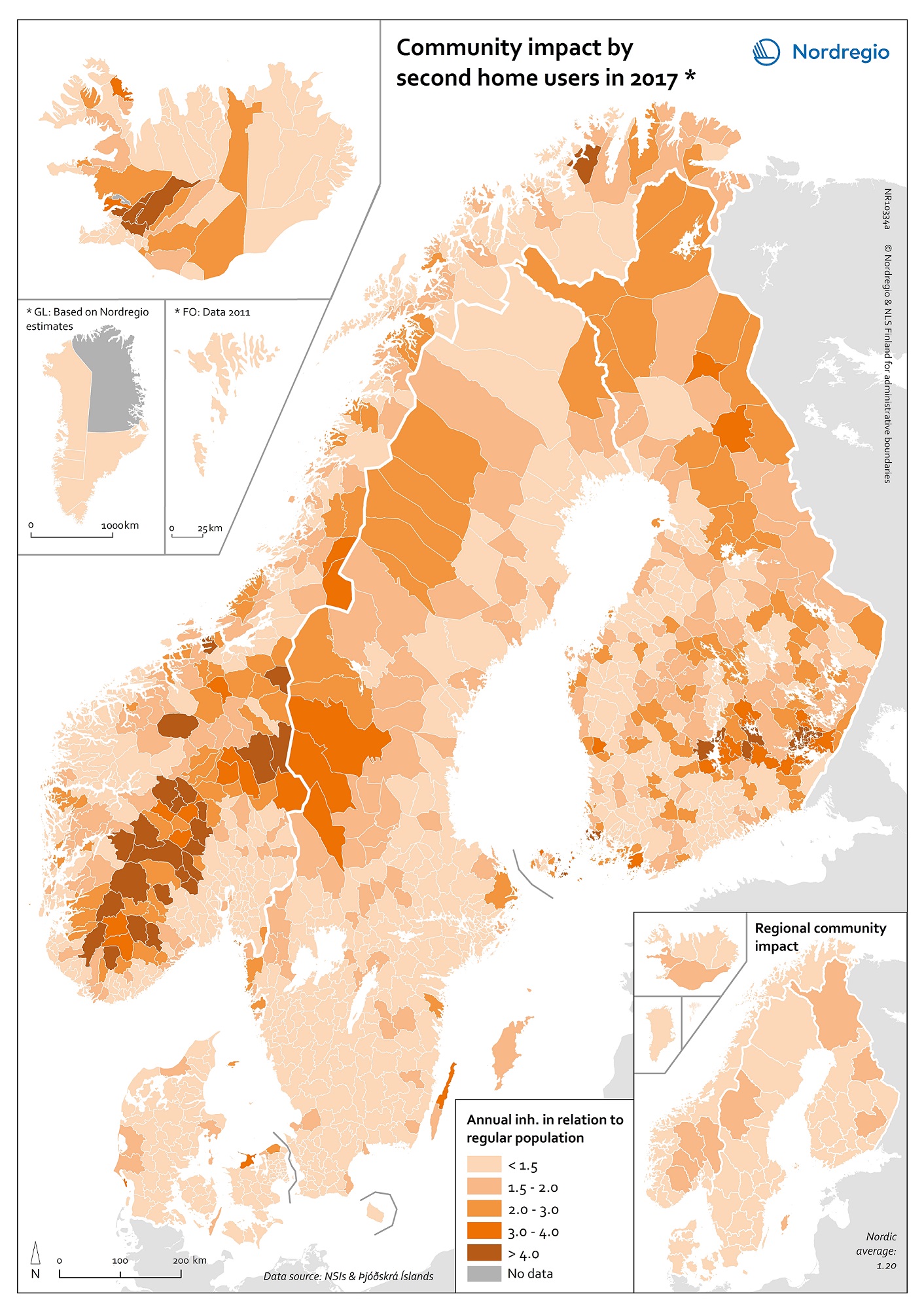