This map shows the results of the 2015 Baltic Sea Region – Regional Potential Index (BSR-RPI) for the theme Economic Potential. Economic Potential is one of three potentials that make up the BSR-RPI, and includes two indicators: Gross Regional Product per capita and total R&D investments. The map highlights the strong performance of capital city regions located in the western part of the BSR as well as a number of German and Norwegian regions. The lowest scoring regions are found mostly in Russia and the three Baltic States. 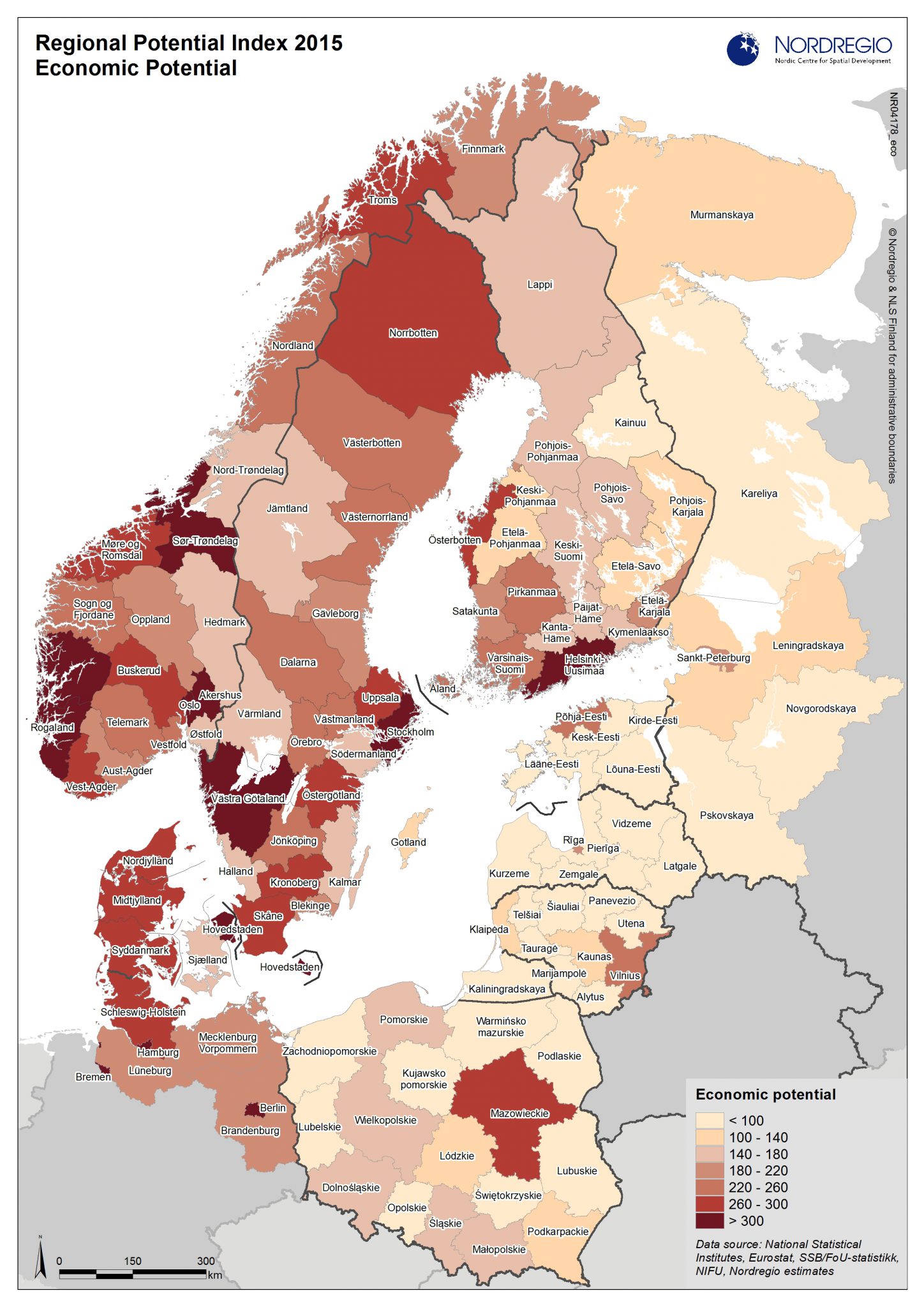