The map shows the at-risk-of-poverty rate in Europe in 2015. Where available, data is shown at the NUTS 2 level, otherwise the national level is shown.

The at-risk-of-poverty rate refers to the share of the population with a disposable income below 60% of the national median disposable income after social transfers. The indicator therefore doesn’t measure poverty directly, but rather income in comparison to others in the country. As such, it is possible for one to be considered at risk of poverty from a statistical perspective and still have a reasonable standard of living. The at-risk-of-poverty rate is an EU2020 indicator within the area of poverty and social exclusion that was set up in 2010 to monitor progress towards the goal of lifting 20 million Europeans out of poverty by 2020.

It is important to note that there are some problems with this indicator, both with respect to data availability and due to varying approaches to its measurement between countries. For most countries, the indicator is available at NUTS 2 level. However, in some big countries, for example Germany, France and the UK, only national level data is available, making regional comparisons difficult.

This map was produced with data from the TeMoRi project. 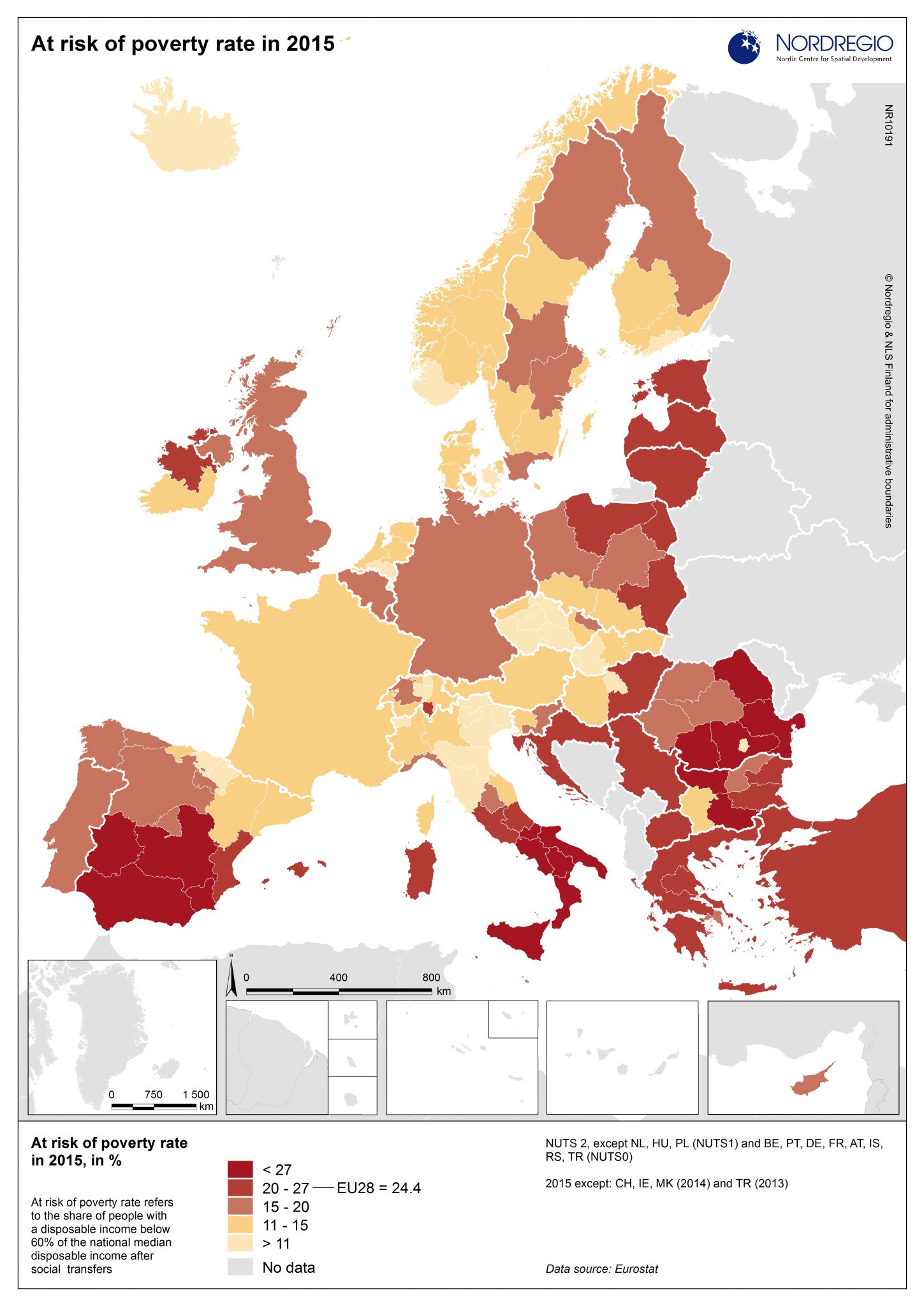