This map shows the average total population change (in percent) in the Baltic Sea Region at the regional level for two periods, 2002-2008 and 2009-2015. Red shading indicates various degrees of population decrease and blue shading represents various degrees of population increase. In Sweden and Norway, several regions where the population decreased slightly between 2002-2008 had population increases in the 2009-2015 period. In the three Baltic States, most regions experienced the opposite trend in the 2009-2015 period, with the capital region of Estonia the only region seeing a positive change. 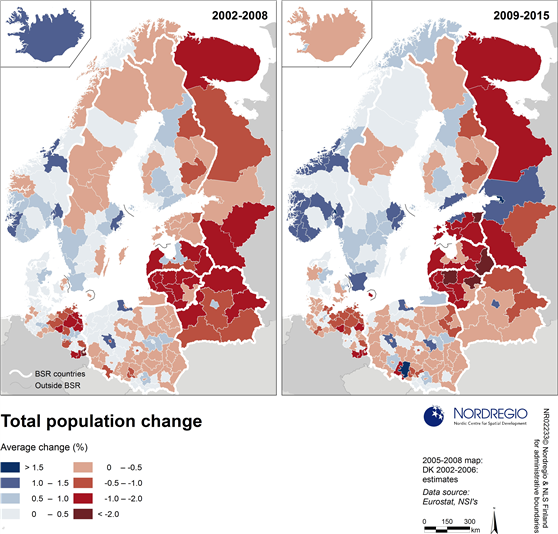