Nordregio Magazine > Issues > Community involvement in the Nordic Arctic > How does the Foresight method work?

How does the Foresight method work? 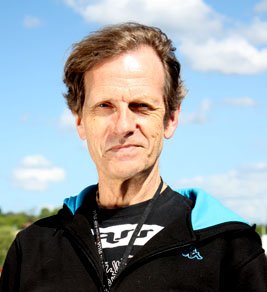 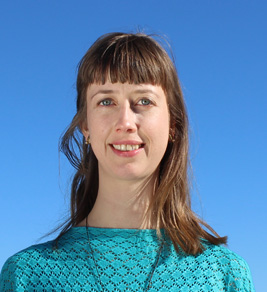 The special conditions of the Nordic Arctic called for the use of the Foresight method, with its valuable ‘bottom-up’ approach, for bringing citizen perspectives on future development into regional planning. The outcome of the analysis from the Foresight study provides a scientific basis for strategic decision-making for local, regional and national authorities.

The Foresight method is based on carrying out a structured dialogue between relevant stakeholders. As applied in the Nordic Arctic study, it used a future-oriented perspective to collect and generate insights for planning and development. It was one of the main methods in the study, which relied on a combination of qualitative and quantitative methods. While the Foresight workshops provided the qualitative material, the quantitative material consisted of maps that display the current status, geography and development over time, in terms of demography, economy and human resources, at local and regional levels. The qualitative input from the Foresight workshops was gathered in a series of three phases: the vision phase, the realism phase, and the realisation phase.

The value of Foresight is in the combination of details and overview
The workshop series in three steps constituted a central part of bringing the citizens together with local, regional and national planners. First, in the vision phase, a total of 12 local workshops were organised; they were held in each region of the Nordic Arctic, in two selected local communities in each region, with the participation of local inhabitants. Second, in the realism phase, which was conducted at the regional/national level, six workshops were held. They provided an opportunity for dialogue among the participants, who were participants from the community workshops as well as representatives municipal, regional and national authorities. Finally, in the third, realisation phase, two transnational workshops were organised, one for members of the West Nordic Council and the other for members of the North Calotte Council and other stakeholders in the cross-border region. The diversity of the Nordic Arctic was also reflected in the variety of languages that were used in the workshops and in their materials, such as posters and maps. For example, the posters used in Greenland were in Greenlandic as well as Danish, whereas in Kautokeino both Norwegian and Sami languages were included. In order to gain credibility in the communities, the languages used in everyday life needed to be represented during the discussions as well as on the maps. And, in both regions, once the workshops were over, the local educational institutions were happy to receive the maps as new and updated educational material.

Benefits of participatory development in local communities
Because the citizens are the foundation of their communities, they are also the core of the local development initiatives. For the study, local knowledge was relied on when gathering information about the current situation; local knowledge creates opportunities for optimizing the quality of municipal decisions. Thus, in the study’s application of the Foresight method, there were several reasons to include citizens. First of all, Foresight can: • be a support for the municipality, helping it to draw on resources from the citizens in the area, as an opportunity to hear their perspectives on current development; • contribute to a reduction in the risk of local conflict, and strengthen the legitimacy of the local as well as national authorities. The Foresight method includes techniques that helped us to achieve these objectives. For example, it is important that the workshops include a trusted and generally-accepted anchor person in each community, and that a selection of 15-20 people, representing the variations in local interests, are gathered. This helps to ensure that any discussion of future prospects will include a diverse set of perspectives, as does making sure to invite participants from various occupations, educational backgrounds, family situations and age groups. This creates a solid base for steps two and three in the workshop series, when the ideas from the citizens are brought forward and discussed, together with regional and national representatives.

Maps facilitate rich discussions
To make sure that each workshop was as successful as possible, materials that provide a factual basis stimulated the discussions among community participants; they included a series of maps that displayed the local community’s situation regarding demography, economy, infrastructure and human resources. Even complex data, when shown on maps that relate to the participants’ own reality, provides most participants a basis for a more “down-to-earth” interpretation. And when the maps are printed in full poster size, they are even more useful in facilitating the discussions that take place during the community consultations. The detailed maps and rich graphs in the posters used in workshops in different locations should cover mostly the same themes. This helps to make sure that comparable results can be generated. Still, the diversity of Nordic Arctic communities requires adjustments to specific needs. One example of this is the differences between the posters for southern Greenland and Kautokeino, northern Norway. They reflect both minor and major differences. In southern Greenland, the local, more informal distri bution of local products from hunting and fishing is very important, especially in the smaller communities. In the case of Kautokeino, on the other hand, the Sámi relation to the land is an important issue that needs to be reflected in the content of the maps.

Foresight generates insight
With the conclusion of the Nordic Arctic Foresight study, a great amount of data and an equally valuable fund of knowledge about local perspectives have been gathered. The good will and hospitality of numerous communities were an important contribution, and now it remains for all users of the project’s results to apply the insight it has generated. The future development perspectives produced from this Foresight study will, to a large extent, be related to current challenges, such as demographic change, local and regional business development, educational opportunities and innovation potential. The combination of quantitative and qualitative approaches has promising potential; it contributes to the reliability of the ideas and recommendations that have been formulated for future regional policy in the Nordic Arctic.

“Besides, it’s a piece of cake.”
By ELFAR OLIVER SIGURÐARSON – Member of Árborg’s youth council

Elfar believes that the youth council in Árborg municipality is a good platform for young people to present their vision of the community they live in. He was honoured to participate in forming the society. “I think it is very important for the youth to get the opportunity to express their views, because their views are valid. Young people can be the ones in power, a few years from now, especially if they get the opportunity to receive a social education that involves participation. That is something that cannot be learned from a book,” says Elfar, and adds that such experience can encourage young people to take part in politics in the future. He recommends platforms that allow youth to participate, and other forms of cooperation between generations. “We recently received the news that the youth council’s wish, to receive Syrian refugees, will be enforced. The youth council initiated the discussion, and recently it was decided that Árborg and the neighbouring municipality would welcome twenty refugees. This confirmed that we can be an influence and do some good. That is something.” He wishes that the municipality could do more, but understands that both the budget and the housing options are limited. Elfar wants to live in Árborg his entire life, but has to overcome some challenges first. The education he intends to get is only available in the capital city, which is also where his girlfriend lives. “Besides, it is a piece of cake.”

Ragnheiður left Árborg’s youth council recently, after five years as a member. Her reason for participating was to have an influence and be able to express her opinion on the municipality’s matters. She thinks that the youth council members are an important link to other young people, since they shorten the lines of communication and push forward their ideas and philosophy within the administrative authority. “It is important to listen to youth opinion. It is a group, often left out when it comes to decision-making. We are becoming or have just become adults. We are the ones taking over from earlier generations, so why shouldn’t our opinion matter at this point?” says Ragnheiður. She explains that she often receives a rather dull reaction when expressing her opinion, with people telling her that she should not be interfering with issues that are unrelated to her and to people her age. She mentions a few examples, such as the discussions about raising the age for qualifying for a driver’s licence, lowering the age limit for buying alcohol and whether alcohol should be sold in convenience stores. “It is this lack of respect, this way of thinking, which makes it so important for young people to express their views, and the youth council is the perfect platform, whether you are in the council, or not,” says Ragneiður, adding that no age group should have a higher status than any other. She believes that her experience as a member of the youth council will benefit her in the future.