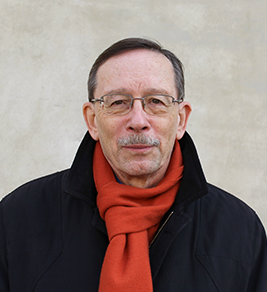 Lars Calmfors is Professor Emeritus in International Economics from Stockholm University and a Research Fellow at the Research Institute of Industrial Economics (IFN), Stockholm.

His main research areas are macro and labour economics. He has chaired the Swedish Economic Council (Ekonomiska rådet, an advisory group to the Swedish Ministry of Finance), the Swedish Government Commission on the EMU (EMU-utredningen), the Swedish Fiscal Policy Council (Finanspolitiska rådet), the Swedish Labour Policy Council (Arbetsmarknadsekonomiska rådet) and the European Economic Advisory Group set up by the CESifo Institute in Munich. He has been a member of the boards of the Royal Swedish Academy of Sciences (Kungliga Vetenskapsakademien) and the Swedish Research Council (Vetenskapsrådet) and of the Committee for the Prize in Economic Sciences in Memory of Alfred Nobel. He has had a number of government assignments both in Sweden and abroad: currently he is a member of the Norwegian Government Commission on Employment (Sysselsettingsutvalget). At Nordregio, Lars was in charge of a project on integration of immigrants in the Nordic countries, which was completed in May 2019 when a final report (“Integrating Immigrants into the Nordic Labour Markets”) was published. Currently he is serving as the chief editor of the Nordic Economic Policy Review and working on a project regarding fiscal sustainability in the Nordics on behalf of Nordregio and the Nordic Council of Ministers.